How to Rid Your Home of That Strange Smell

Every time guests step over your threshold, they crumple their nose. You might not smell it, but your house contains a strange, off-putting odor that everyone else seems to shrink from. Even if you have gone nose-blind ― a condition marked by an inability to notice certain smells due to continued exposure to them ― you can still get rid of that offensive smell without resorting to harsh chemicals (which often smell just as bad as the original odor!). Here are a few natural solutions to rid your home of stinky odors.

Your shelves may be dust-free and your kitchen counters spotless, but your weekly cleaning probably isn’t deep enough to address the source of many household odors. Grime accumulates everywhere, and the places you usually miss will start to rot and smell in time. Here are some locations you probably need to hit with a scouring pad:

SEE ALSO: 16 DIY Tips and Tricks to Get a Jump on Spring Cleaning

Whether you live in a damp place or you just enjoy long, steamy showers, humidity fosters some of the worst odors in your home. Moist air encourages the growth of mold, which smells just as disgusting as it looks. Worse, warm, wet air allows smells to move faster and farther, which means a small stinky region will infect the rest of your home in no time. An excellent solution is to remove the humidity from the air with a dehumidifier. Placed in bathrooms and basements (usually the dampest spaces in any home) the dehumidifier will suck up the foul odors along with the humidity, leaving your home more comfortable all-around.

Tobacco cigarette smoke accumulates in fabrics and on paints, and it doesn’t take long before it is impossible to simply air-out a room. Heavy smoking damage requires washing, sealing, and repainting as well as replacing carpets and draperies.

To avoid this process, you might want to change your smoking habits. Using a smokeless vaporizer or e-cigarette is an excellent way to eliminate damaging secondhand smoke. Alternatively, you could go outside whenever you need a cigarette break ― but you must be careful to step at least 25 feet from any doors or windows to prevent the smoke from seeping inside.

You may love them like furry children, but you can’t deny that your pets often stink. Though it helps to keep your pets well-groomed, a good bath won’t always solve the smells emitted by your furry friends. Instead, the best solution is to move pet paraphernalia to an unused region of the home. Instead of placing the litter box in the middle of the bathroom, you should relocate it to a low-traffic space, perhaps a laundry room or a spare bedroom. Dog beds also tend to accumulate smelly filth, so keeping them in a similarly out-of-the-way location helps.

No matter how many precautions you take, your home could still develop a strange stench. To combat lingering odors, you should have an arsenal of natural smell-killers, each of which is particularly strong at defeating certain types of smells.

Despite its distinctive smell, coffee is often used as an olfactory palate cleanser. Studies show that when sniffed between samples of perfume or cologne, coffee works to negate cloying scents trapped in the nasal passages and help refresh our sniffers. Thus, you can put coffee to work in your home, sprinkling unused grounds in reeking trash bags or tying sachets to place in drawers or cupboards.

Baking soda is highly regarded as the most powerful vanquisher of stink. Simply placing a few open containers of baking soda around your home ― particularly in your fridge and pantry ― is enough to maintain a fresh, scentless environment. You can also mix baking soda with other odor-catchers, like unused coffee grounds, activated charcoal, or even essential oils, to create a scrub or a sachet that counteracts exceptionally nasty smells.

SEE ALSO: Homemade Cleaning Products: What You Should Know Before You DIY

For even more protection against funky odors, try these 9 DIY Air Freshener Ideas. Your house will thank you!

Have your tricks to rid your home of offending smells? Let us know! As Einstein said, “Creativity is contagious.” 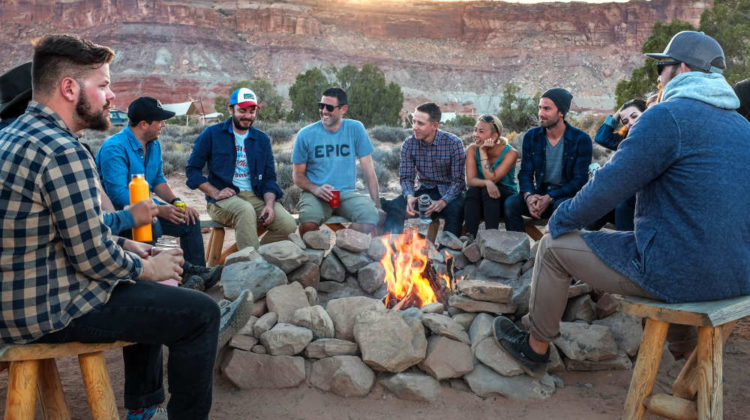 Seeking out inspiration for a DIY outdoor fireplace? You’re in the right place! Since colder nights are about to start you should know how to transform that empty spot in your yard into a stellar fire pit. RELATED: Brighten The Backyard With These Fantastic DIY Outdoor Lighting Ideas Top DIY Outdoor Fireplace Ideas to Check Out… END_OF_DOCUMENT_TOKEN_TO_BE_REPLACED Greenhouses come both big and small, but these here are easy to build and maintain! Here are a few of our favorite DIY greenhouse ideas using simple building supplies. RELATED: 15 Beautiful DIY Greenhouses | Extend Your Growing Season DIY Greenhouse Ideas to Level Up Your Gardening Scheme 1. How to Build a 50 Dollar… END_OF_DOCUMENT_TOKEN_TO_BE_REPLACED Looking for cool paracord projects to work on? We chose some of our favorite projects to share with you and we hope you enjoy these step-by-step tutorials as much as we do. RELATED: Four Badass Paracord Knots | Paracord Projects | DIY Skills In this article: How to Make a Paracord Dog Collar How to Make… END_OF_DOCUMENT_TOKEN_TO_BE_REPLACED